Join the live webcast today of the SBMC 2018 finals at SVT, Swedish National Television, from 10.30

Today 150 riders entered the qualifications in the Scandinavian Big Mountain Championships on Nordalsfjäll at the Swedish freeride mecca of Riksgränsen, Sweden.

Freeride World Tour skier Carl Regnér, who did his come back in Riksgränsen after a season destroyed by a hand injury, is in the lead among the men skiers, just ahead of his older brother Olle Regnér. The Regnér brothers took a similar line, and  executed dynamic high speed runs combined with big airs and controlled landings. Edvin Olsson, is in third place.

Caroline Strömberg made a very impressive run in the difficult conditions that awarded her the first place among the women skiers, just ahead of Hedvig Wessel from Norway with Sara Sandberg in third place.

Claire McGregor, New Zealand, stood out in the girls snowboard. So did Erik Nylander and Stefan Östling who are ahead of Christoffer Granbom in the mens snowboard.

Erik Nordin, is in the lead in the telemark discipline ahead of Taylor Johnson, USA, and Arvid Bergman.

The SBMC finals will go off tomorrow may 10 at the north face of Nordalsfjäll. The finals will be broadcasted live on the web by national Swedish television, https://www.svt.se/nyheter/lokalt/norrbotten/direkt-fran-finalen-riksgransen

For latest news, competition updates and results, check out https://www.facebook.com/sbmcriksgransen

Here are the resultlists from the SBMC 2018 qualifications. Grey marked riders are qualified for the finals.

We have a clear sky in the morning and nice weather forecast for Tuesday!

The qualification at Nordalssadeln is confirmed to start at 10.30.

Due to strong winds and poor visibility the Monday qualifications are postponed until tuesday. Luckily, we have a good weather forecast for Tuesday and Wednesday!

Check out the startinglist for the qualifications:

Big mountain skiers and snowboarders are gathering in Riksgränsen, Sweden, to battle for the prestigious Scandinavian Big Mountain Championship titles on may 7-9. Check out the preliminary starting field.

Latest news! The SBMC will be a Freeride World Qualifier Event. You can collect points from your SBMC 2018 result and be ranked in the FWQ-system, if you wish! If you choose to compete at the SBMC without the FWQ license, your result at the SBMC will not be affected. Licensed riders and non-licensed riders will compete equally.

SBMC riders who wish for their result to count in the FWQ-ranking will have to purchase a FWQ 10€ one event license (if you do not already have a FWQ or FJT license). It will not be possible to decide after the event if you want your result to count in the FWQ ranking. You can buy the 10€ license at the race office in Riksgränsen on may 6 prior to the riders meeting. You can also buy the license online. Please find details below:

Registration for new members in the FWQ system: http://fwt.memberpro.net/ssl/main/body.cfm?menu=regions&submenu=registerNowMFEE&region_id=5

Login for existing members in the FWQ system: https://fwt.memberpro.net/ssl/main/body.cfm?menu=regions&submenu=loginNowREGL

Please note that a rider who has only a once event FWQ license and already competed once in either Norway or other parts of the world, need to upgrade to a tour license. 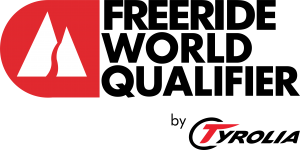 Former SBMC champion Carl Regnér missed this season at the FWT due to a broken hand. Now he is getting ready for the come back! Check out this little edit, get inspired and sign up to compete! Or plan your trip to watch the SBMC live in Riksgränsen!

Check out swiss snowboarder Linda Schmitter on her plans to compete in Riksgränsen.